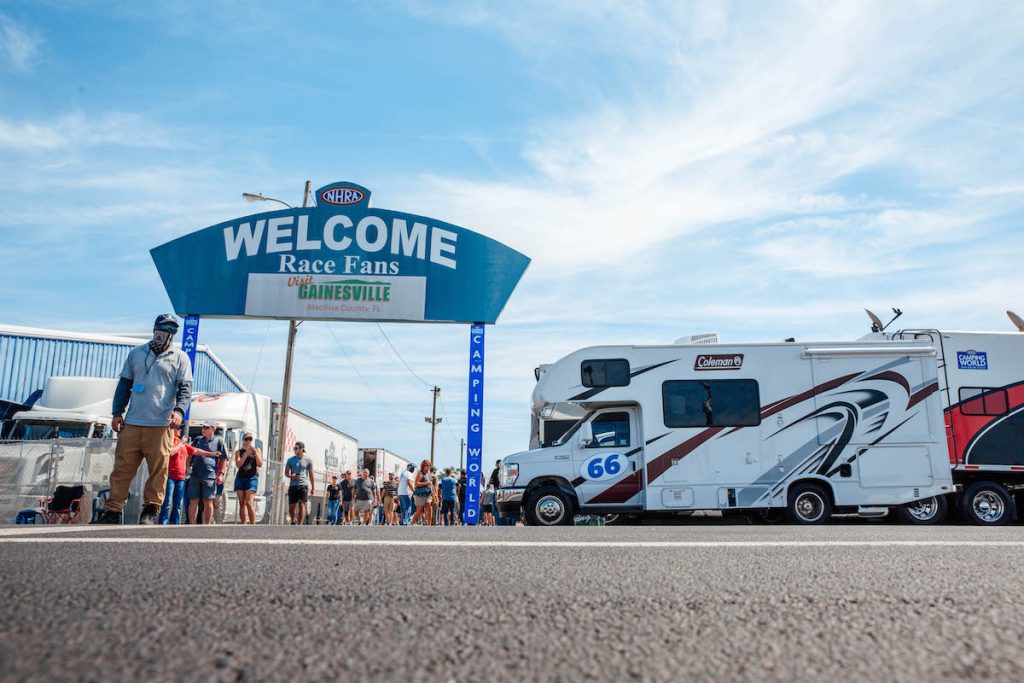 Earlier this morning officials with the National Hot Rod Association (NHRA) adjourned a four-month discussion over the addition of motorhomes to the Stock Car Classification Guide.

With unanimous consent, NHRA leadership and motorsports representatives concluded deliberations that would allow for Class B, Class C, as well as select models of Class A RVs to compete as early as 2023.

Vice President of Motorsports, Don Mayer commented that “this will be a tremendous leap forward for motorsports,” noting the sheer number of racers who have been omitted from competition due to a lack of vehicular inclusivity.

Not the least of which includes Camping World CEO and avid motorhome racer, Marcus Lemonis who said he’s been waiting for this moment his entire life, adding  “Finally, I can do what I was truly born to do.”

Perhaps none of this would have been made possible, however, without the efforts of Tara McLachlan, who has served as VP of Recreational Operations with the NHRA for nearly 23 years. McLachlan partnered with Ian Baker and Chris Young of the Federation of American Recreational Competitive Engines (FARCE) to ensure track safety and proper accommodations for the incoming class of nearly 2,500 recreational racers.

Baker and Young, who both had successful careers in the feeder leagues, have been working for nearly a decade to bring their sport into the limelight. “Now, I’m about six feet,” said Baker, “so fitting in one of those standard hotrods has always proved a little difficult for me.” Adding to that, Young mentioned how “It’s just nice to pave a way for a sport where you can competitively race while cooking a pot of ramen at the same time.”

Much remains to be seen from the broadcasting community as to what extent the burgeoning sport will garner viewership, however, NHRA officials promise that audiences will at least be able to tune in to Young’s Twitch stream for full coverage of motorhomes and 12-year-olds besting him at Fortnite.

As more developments transpire, one thing is for certain: racers will be making themselves at home with the NHRA.

Camping World would like to wish you a happy April Fools’ Day!

Subscribe to my newsletter to stay updated with new posts and product reviews.