Northern California’s “Lost Coast,” is the most remote stretch of coastline in the Lower 48, with miles and miles of deserted beaches and coves. The enormous, steep coastal mountains in the Lost Coast area plunge so sharply into the sea that the main roads had to be built around. Even today, with no major roads passing through, the region remains mostly wild and rugged and is only minimally inhabited. While visiting the Lost Coast in an RV, you’ll find yourself hours away from the rest of civilization, providing an unusual amount of seclusion, which is part of its key appeal.

Why Visit the Lost Coast in an RV?

James and I have had the Lost Coast on our bucket list for a long time, and just this fall we finally were able to get there. We had done enough research that we knew the roads were going to be rugged, but with our all-wheel-drive Winnebago EKKO, we felt confident we’d be fine. We were fine, but calling those roads ‘rugged’ was an understatement!

The main route through the Lost Coast is a 70-mile adventure on Mattole Road, which starts when you turn off the 101 at Humboldt Redwoods State Park, continuing west to the coast and then north to the historic Victorian village of Ferndale. We quickly learned why very few people travel here. The roads are curvy, narrow, and steep, but also in severe disrepair, buckled and pot-holed by the constant upheavals of tectonic forces. The area is prone to earthquakes because of three tectonic plates that converge off Cape Mendocino, the westernmost point on the coast of California. So, thanks to the rough road, our top speed was only around 20 mph, and most of the time we were hovering around 10 mph. Visiting the Lost Coast takes fortitude.

Where to Stay in the Lost Coast in an RV

We made Arthur W Way County Park our basecamp for our visit, and that turned out to be an excellent campground choice. There are no hookups or dump stations, but that was fine with us. We prefer more natural settings, and this park had it in spades.

The park is situated along the Mattole River, which you can hear flowing from the campsites. The peaceful sounds of the water set such a pleasant backdrop whenever we were outside. The sites are nicely spread out from each other, and while you cannot make reservations, the campground never fills, according to the friendly camp host. The river is popular for swimming, though while we were there, it was a little too chilly to test it out.

RVing the Lost Coast wasn’t just about going there. For us, we had the Lost Coast on our bucket list because we wanted to bike it. Mattole Road is a popular route for cyclists, or at least the ones who like to suffer on a bike. Since we fall into that category, we couldn’t wait.

Weather can make or break a bike ride, but we got lucky. The days were packed with sunshine and the highs got up into the mid-60s. Perfect fall riding weather. The Lost Coast area sees at least 60 inches of rainfall per year, and even though the temps stay rather mild year-round, it’s not unusual for days to be foggy or grey. Most of the precipitation happens over the winter, though, so if you plan to visit, your best bet is to keep it between May and October.

No surprise here, but bicycling the Lost Coast was extremely difficult. The main route, Mattole Road, is the same one we had to bike. We were either biking up steep grades or coasting down. And don’t think the downhills were any easier. With the roads in such disrepair, it was impossible to tell if there were potholes being camouflaged in the tree shadows up ahead.

I remember climbing up one particularly death-defying gravel patch which was around 20 percent grade (there were many short sections of gravel), and it was so steep both James and my wheels started spinning out. We couldn’t get traction! I’m not sure how we both managed to stay upright, but I’ve never experienced anything like that on a bike ride before.

Mattole Road, both on the bike and in the RV, was beyond incredible. The whole area is filled with breathtaking scenery, and we rarely saw another car. The crazy zigzagging up and down the flanks of Cape Mendocino made it such an exciting adventure. And besides, we spotted zebras.

Surprises Along the Lost Coast

Anytime you’re out exploring and you spot random zebras, you can officially call it an adventure.

Twelve or so harrowing-but-scenic miles from Arther W. Way County Park Campground, the actual “coast” part along Mattole Road starts. It’s a stretch of beach about 5 miles long. On the north half of the stretch, you’ll find many pullouts along the beachside of the road where you can walk right down to the beach. Those pullouts make a great spot for parking the RV for the day, having lunch, and hiking along the beach. While you might see seals bobbing in the waves or sea lions sunbathing on the rocks, what you likely won’t see is other people. And that right there is the true magic of the area. The Lost Coast’s charm is wrapped up in its rare and refreshing isolation.

And as you exit the Lost Coast on Mattole Road, you really can’t beat the grand finale no matter which way you leave. Exiting to the north puts you in the lovely town of Ferndale, where you’ll see wonderfully preserved Victorian-era architecture. Make sure you get a coffee from the Mind’s Eye Manufactory and take a swing through Chapman’s Bookery. If you exit the other way, you’ll find yourself immersed in California’s redwoods, inside Humboldt Redwoods State Park. You can’t leave without driving the Avenue of the Giants. It is, in my book, the most amazing forest drive in the world.

So, if you’re up for the adventure of the Lost Coast, consider yourself warned. The drive will be hard—perhaps the hardest drive you’ve ever done. There’s also no cell service or dumps or hookups once you head in. It’s a challenge for RVers in all ways. But, really, doesn’t all travel come with challenges? No big adventure is complete without some adversity. That’s what makes it so memorable and special. It’s having challenges that allow you to gain a new perspective. I love that about travel. I feel like I’m leaving the place thinking about things differently—a little more in tune with who I am. 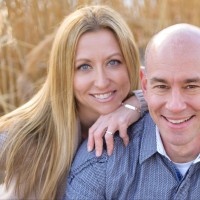 Stef & James hail from thefitrv.com, where they work to promote healthy RVing… for both you and your RV! Stef is an RVing health/fitness pro, and James is a former aerospace engineer known for doing over-the-top RV mods to their Winnebago EKKO “Number One”. You can find Stef’s fitRVing tips and James’ RV tech tips either in RV Magazine or over at thefitrv.com.

bicycle California Where To Go winnebago

What we LOVE/HATE about RV Travel and Camping

Subscribe to my newsletter to stay updated with new posts and product reviews.